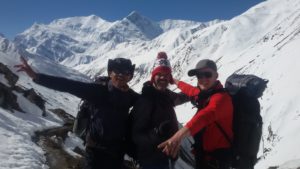 you can do trek in  January / Feb  &  June / July / August  , But weather will be not favorable  for trekking in Nepal.

The world’s most famous and impressive mountains can be found In Nepal; Mount Everest, Kanchenjunga, Mount Makalu, the Annapurna range and many more!

The Annapurna range is especially popular. The range includes Annapurna, I, II, III, IV and Annapurna South. On a 3 week trek with Nature Explore (Annapurna Circuit and Base Camp via Thorong la pass 5416m) you can capture the whole range! On the trek, the first mountain you will see is Annapurna II, just before Chame. At present this mountain stands at 7960m. However, Nepalese scientists have said that if the Indian and Tibetan plates continue to push against each other then Annapurna II will rise above 8000m.

As you continue you will pass Annapurna IV, III and II, West Gangapurna and Tilicho Peak. You will then move through a 1000 year old village, where the inhabitants moved to Nepal from Tibet many years ago! You will also see Lake Tilicho (4940m) – the highest naturally made lake

You will also pass Fishtail Mountain, which is considered as holy to the local people.

You will see Annapurna I after crossing a world renowned pass – Thorongla.

Annapurna I is a mountain with an interesting story. Annapurna I was considered the world’s highest mountain before Mount Everest was discovered and surveyed.
Very few people successfully make the summit of Annapurna I. It is technically very difficult, much more difficult than Mount Everest.

So how hard is this trek? 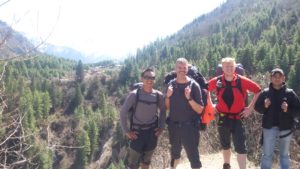 We recommend you hire a guide and a porter to assist you as the route can be unclear. The trek can be completed as long as you have a good level of physical fitness and some previous experience of hill walking or mountaineering.

Culture in the Annapurna Region: 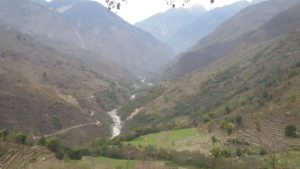 The majority of locals are considered in the Gurung culture. Gurung people most commonly make up the British Ghurka soldiers.

Gurung people have their own Buddhist calendar, language, festivals and songs.

In the Manang district (that you will also pass through on the trek) the residents are Buddhist and migrated from Tibet 1000s of years ago.One of the Nepalese kings saw they were facing hardship and gave them the opportunity to work in Hong Kong (1 person per household), fully sponsored by the Nepalese government. As a result, this district become one of Nepals wealthiest communities.

You will also pass through Mustang. People in Mustang are called Thakali and are famous for their Dalbhat – a local delicacy. The best Apple Farm in Nepal is located in Mustang. Where they sell apples to the major cities in Nepal.. 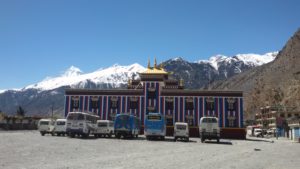 From start – end of the trek you will stay in nice clean guest houses. In some of the larger villages you will have a room with an attached bathroom. 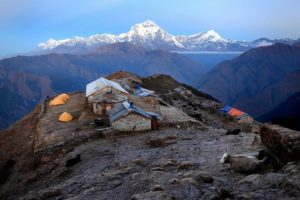 In most of the guest houses you can eat in their in-house restaurant where they provide locally sourced organic Nepali Food. You can also order Italian, Mexican, and Chinese food along the trek! The Annapurna conservation program works with the locals to train them to cook so they can continue to grow their businesses and the local economy.